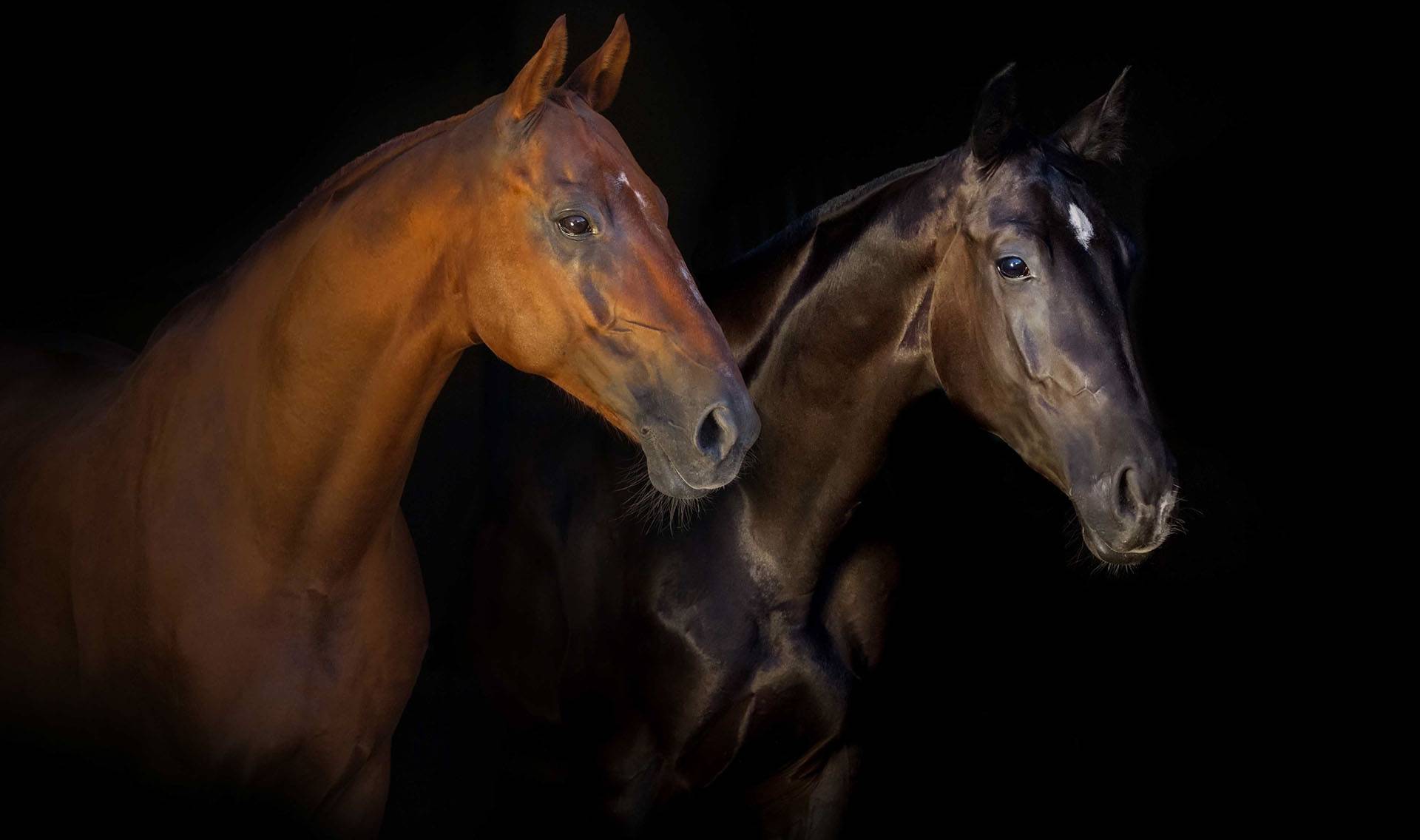 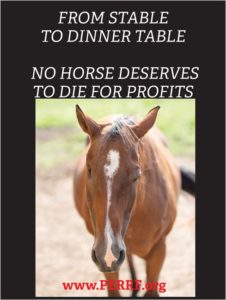 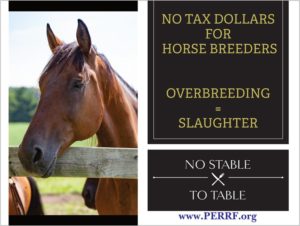 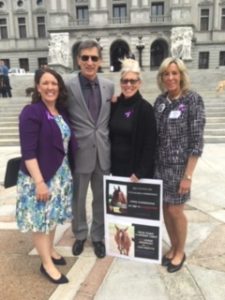 Check back for updates…..

Federal lawmakers introduced legislation to permanently ban the slaughter of horses for human consumption in the United States and end the current export of American horses for slaughter abroad. Currently, with 121 co-sponsors in the 115th Congress, Introduced by Reps. Jan Schakowsky (D-Ill.) and Vern Buchanan (R-Fla.), the Safeguard American Food Exports (SAFE) Act (H.R. 961) is federal legislation that would prevent the horse slaughter industry from reestablishing operations in the U.S. and would end the slaughter and export of American horses for human consumption. The SAFE Act is a permanent fix and ensure horses would not be transported under horrific conditions across country and into Mexico and Canada.

In recent years, the number of American horses shipped to Canada and Mexico to be slaughtered for human consumption in foreign countries has dropped, making this an opportune time for Congress to close this legal loophole that causes so much suffering. These horses are not raised for food but are separated from the general population at auctions, often after a kill buyer outbids legitimate horse owners. Such horses often endure grueling journeys to slaughter plants, packed into large trailers in unfamiliar herds. Due to these fearful, stressful conditions they will bite and kick severely, injuring or even trampling each other en route. Once at the slaughterhouse, horses are herded into a “kill box” where they are shot in the head with a captive bolt gun in a careless attempt to stun them before slaughter – a process that can be imprecise due to the biology and fight or flight nature of equines. As a result, some horses endure repeated excruciating blows or remain conscious during the kill process.

Pennsylvania is a Top Ten Horse State. The total population is estimated to be 223,628 and the most popular breed is the Quarter Horse. PA ranks 6th in the US in terms of economic support (Horse ownership and racetrack revenue) and over 800,000 acres of PA land are used for horse-related purposes.

The root cause is obvious and rampant across horse racing: DRUGS! Drugs to make horses run faster and mask injuries, whipping them down the stretch. Decades of overbreeding that have yielded maximum muscle and power, but relatively light bones, decline in thoroughbred births, forcing horses to race more often.

Unlike our two legged athletes, racing has no overall governing body. It’s regulated independently by each of the 38 states where the sport is legal. In Pennsylvania, its governed by the Dept. of Agriculture.  The dept lags behind cheaters and abusers and by the time they (trainers and owners) catch up, they  move onto the next designer substance that beats the testing system. Cheaters have far more drugs than the commission can test for at any given time.

The horse racing industry has gone too long unchecked…

Horseracing Integrity Act (H.R. 1754) led by U.S. Reps. Paul Tonko (D-N.Y.), and Andy Barr (R-Ky.),  the co-chairs of the Congressional Horse Caucus. This bill would end the doping of American race horses by creating a uniform national standard for drug testing overseen by the US Anti-Doping Agency (USADA), a private entity that oversees the Olympics and other sporting events.

Prevent All Soring Tactics (PAST) Act (H.R. 693/S.1007) – Currently with 316 sponsors in the House and 290 during the 116th Congress, Senator Jospeh D Tydlings    This act would eliminate the use of large stacked shoes, ankle chains, and other torturous devices that used to create an artificial, high-stepping pain based gait, known as “big lick”, and has been championed by US Reps. Kurt Schrader (D-Ore.) and Ted Yonko (R-Fla.) and Rep. Steve Cohen (D-Tenn.)

Soring is the intentional infliction of pain to horses’ front limbs by applying caustic chemicals such as mustard oil or diesel fuel and inserting sharp object into horses’ hooves to produce an artificial pain-based gait known as the Big Lick.

On February 23, 2016, Governor Wolf enacted House Bill 941 into law. Now known as Act 7, the new law has established some much-needed reforms to Pennsylvania racing. Standardbred Breeders Development Fund ($10 million) rewards broodmare owners who turn out top Pennsylvania racers.  Both the Breeders Development Fund and the Sire Stakes are administered in-house, with the guidance of a Standardbred Breeders Advisory Committee.

To further strengthen Pennsylvania’s agri-economy and its important subcategory of Standardbred horse breeders, a provision was made in Act 71 of 2004 to provide funding to be distributed to the owners of Pennsylvania broodmares who produce top-level horses racing in Pennsylvania.  The program most recently awarded more than $8.4 million of tax dollars in awards to breeders who use Pennsylvania stallions and keep the mare in Pennsylvania for 180 days. Resident horses can earn awards from two, three, and four years of age. This unchecked, and in our opinion, unnecessary, grant encourages overbreeding. More horses end up abandoned at auctions and backyards.

Each year, hundreds of horses are sold at auction around the nation. Some auctions are known for the high caliber of horses sold that they sell. Unfortunately, many horses are sold at “slaughter auctions”, where they are sold by the a per-pound price like cattle, loaded onto trucks and taken across the border to Mexico and Canada to be slaughtered for human consumption.

While most horses that are brought to auctions are simply no longer wanted by their owners, some horses come to these auctions through illegitimate means. Many horses have been lost by,or stolen from, owners who want them back, and many of them have identifying markings or microchip implants.

June 25, 2019 – Representative Elizabeth Hanbidge introduced legislation requiring horse auctions within the Commonwealth to determine if a horse has a tattoo, brand marketing, or implanted microchip. The auction company would be required to post this information, with pictures, on its publicly accessible website at least 72 hours before  the horse may be sold at an auction. The auction company would also be required to keep records of all horses for one year after the sale.

Horse Protection Amendments Act of 2019 – Introduced on May 14, 2019 by Senator Lamar Alexander (R-TN).  Amend horse protection act to provide increased protection for horses participating in shows, exhibitions, sales, and auctions, and for other purposes.

Horse racing has already dropped dramatically since the early 1960’s….Today it ranks among sports like men’s tennis and women’s basketball. The decline is attributed to various forces, including legalization of casinos, online gambling and greater concern for the well-being of animals. There are also fewer tracks, sometimes because the land became more valuable for other uses.

Victoria, an 11 year old German Shepherd, was rescued by Finding Shelter in 2017 from a Lancaster County Pennsylvania puppy mill. She was born at the farm and lived for 10 years as a breeding dog. Right after her rescue, she received the terminal diagnosis of Degenerative Myelopathy and was placed on hospice care for the remainder of her life. She exceeded all expectations and lived for 16 months as part of a family in a loving home. Victoria passed away on February 26, 2019 in the arms of her mom and dad who loved her dearly. 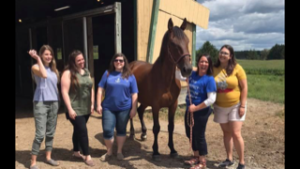